How did you get started?

FlexiDAO was founded in November 2017 as a result of a 1-year research project at UPC University by my colleague Grzegorz Bytniewsky (CTO) and I. Shortly after, Joan Collell (co-founder and COO) joined our team.

The three of us share the vision of a transparent, green, prosumer centric energy sector. The startup was thus created to accelerate the transition towards a decarbonised and decentralised energy industry, leveraging on blockchain applications, with the overarching goal of increasing the percentage of renewables in the energy mix and fighting climate change. Right now FlexiDAO is a saas start-up that creates tech to facilitate corporate energy transition and provides them tools to take advantage of it as much as possible.

Our primary focus was first on microgrid management enabled by blockchain, but the more we spoke to market players, the more we understood that there was much more to do before implementing this innovation. We discovered that the main challenge was upstream: energy consumers needed more transparency and control over where, when, and how renewable energy is produced.

Today, 4 years after, we’re proud to say that not only RESpring is already used by Fortune500 companies in 9 countries around the world, but also we are working on a microgrid project thanks to the collaboration with REE and the Elewit program.

We’ve also been recognized with several awards, including SET Award, EIT Innoenergy Award and we’ve been included in the 2021 top 100 most promising innovators creating tech for a more digitized, decarbonized and resource-efficient future by the Cleantech Group. 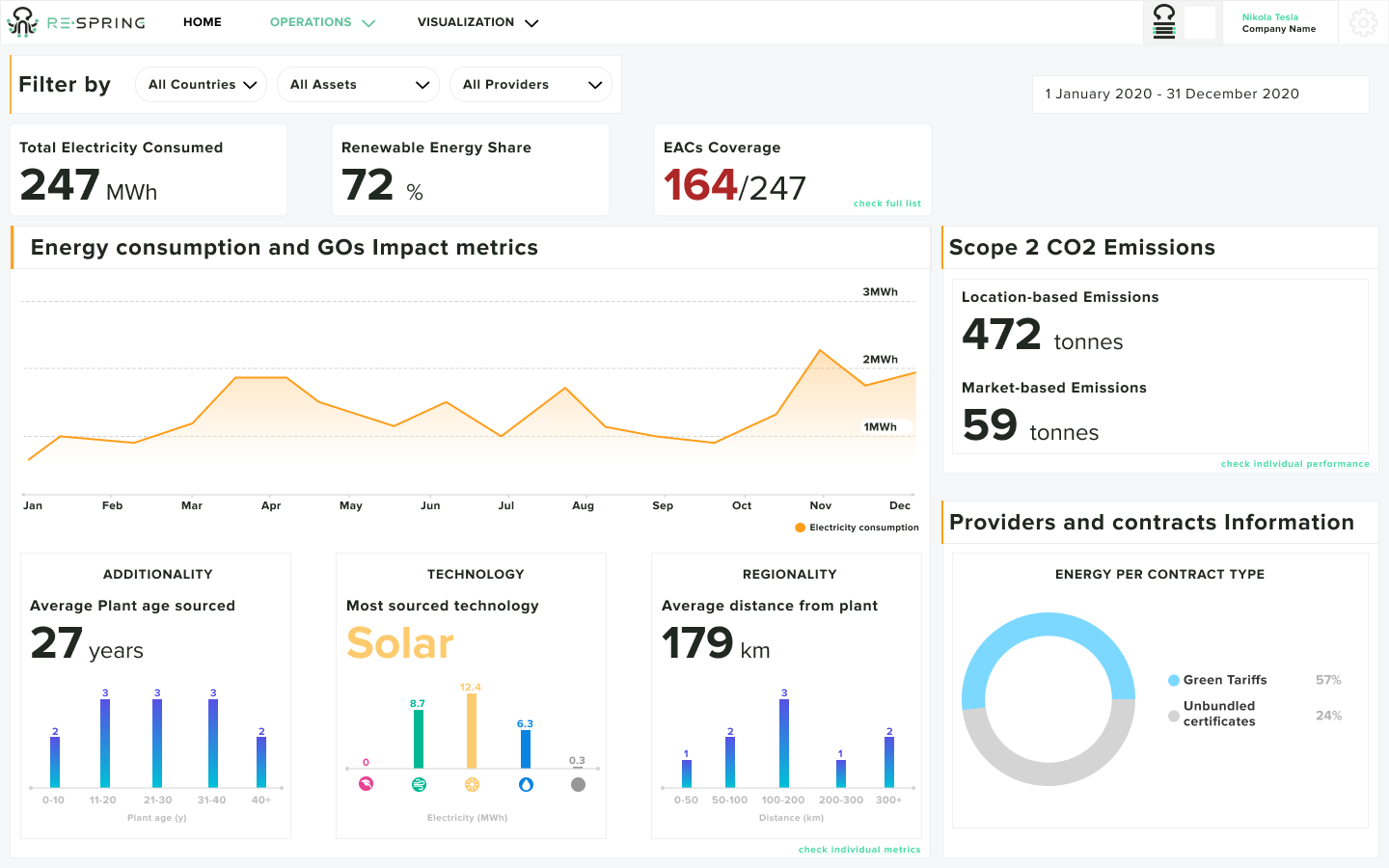 How do you use blockchain and which are your main projects on the field?

Blockchain excels at proving an event took place. When new data is written to the blockchain, it is inextricably linked to every other record—changing even the smallest detail would change the structure of subsequent data written after it. In other words, blockchain is perfectly suited to tasks such as guarantees of authenticity.

FlexiDAO uses blockchain to disclose trustless, transparent and tamper proof data on the renewable energy procurement of a corporation. We collect data from renewable energy farms/plants, DERs, on-site generation, and storage and store them to the blockchain. Blockchain acts as a digital notary that:

We’re working at several projects including:

What are your challenges ahead? Where do you see FlexiDAO in 10 years?

We have two main challenges this year:

In 10 years, we have two main objectives, which are the natural evolutions of this years challenges:

Elewit has been an important key partner to finalize our collaboration with REE. Working with such a renowned client such as REE in the energy sector builds a solid and trustworthy image, increasing our credibility from a technical point of view - on top of the commercial value itself. The market perceives FlexiDAO’s collaboration with REE as a quality stamp, and this helps us in creating a wider customer base.

We surely value the collaboration very positively. The feedback from the REE team has helped us a lot to improve the platform and implement new functionalities. Surely the presentation of the pilot to the directors of REE has been the most important moment. We hope to continue our collaboration in 2021.

The pilot consisted in implementing a digital platform based on blockchain for tracing, monitoring and certifying energy self-consumption in Spain. After the latest regulatory changes, self-consumption has once again become very attractive for consumers and the penetration of photovoltaic panels for self-consumption is growing very rapidly.

On one hand, the pilot platform would help REE in collecting data to monitor the status of the energy network and plan improvements; on the other hand, it provides more information to the public sector and prosumers. At the same time, the pilot has been an opportunity to explore the potential of blockchain as an enabler for peer-to-peer electricity exchange business models.

Simone Accornero, co-founder & CEO of FlexiDAO, is an expert in energy entrepreneurship and blockchain. His expertise comes from being an energy management consultant at OpenDomo Services, where his knowledge developed in energy management, electricity wholesale markets, and developing blockchain applications for smart distribution systems. He’s also a Research Engineer at CITCEA and graduate student of a double degree in MSc Energy for Smart Cities from KU Leuven (Belgium) and UPC (Spain).